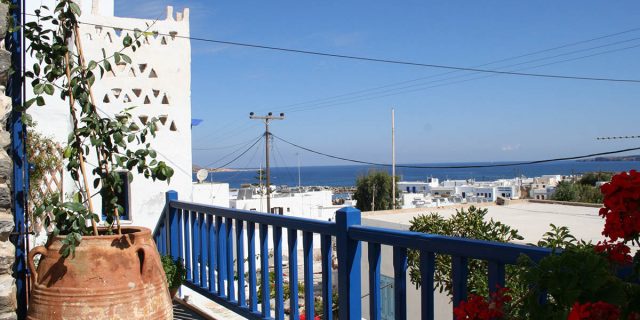 A typical Cycladic village home in Naoussa Paros, Fisherman’s Lodge is built of stone with walls two feet thick and the rooms on slightly different levels. The ceilings are beamed with chestnut wood and the old earth floors have been tiled. 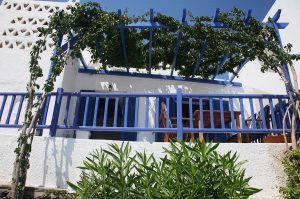 This house has two bedrooms; one of which converts to an extra living room, a kitchen, living area and bathroom.

The kitchen is new and equipped with a new cooker and dishwasher. There is also a small laundry room fitted with a washer and dryer. Outside there are two terraces, both with panoramic views of the village, the harbour and the sea. The main terrace is furnished and is reached through doorways from the second bedroom and living room. 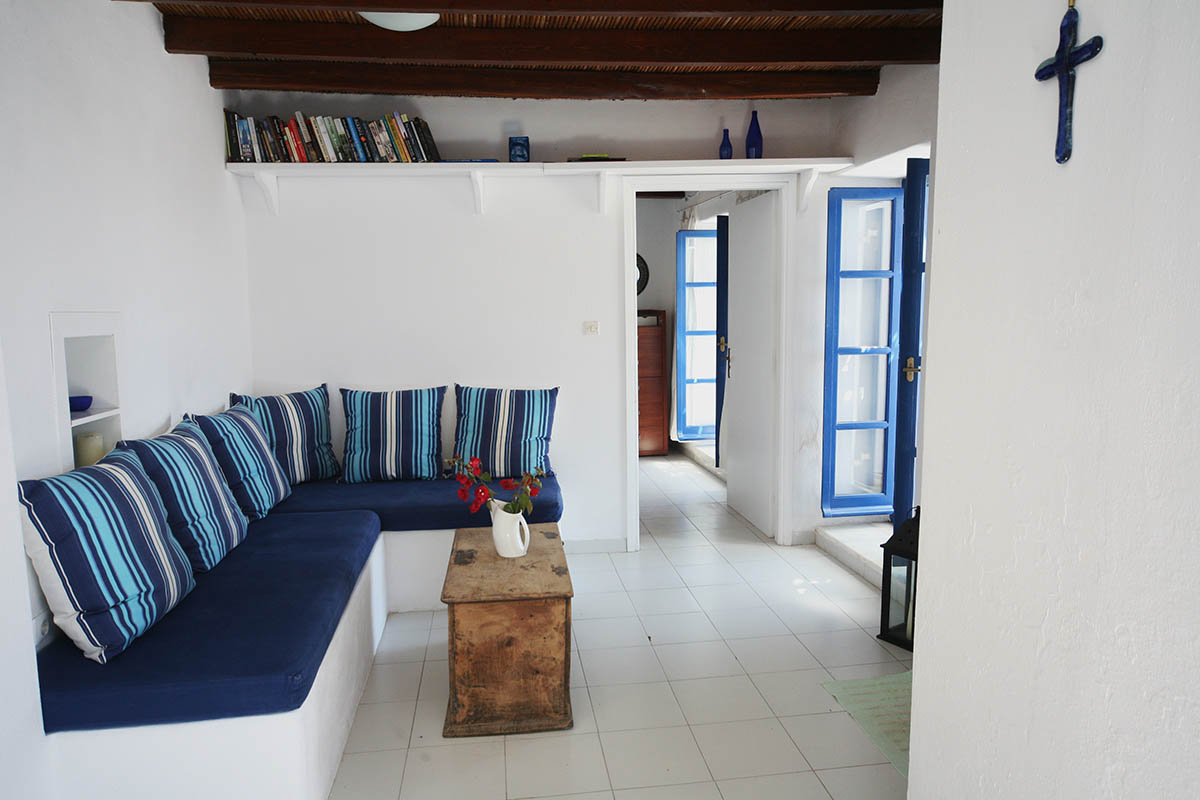 After unpacking and taking a shower, I prepared a meal and sat eating on the terrace and sipping at a glass of crisp chilled local wine. Evening was drawing in and the lights of Mykonos in the distance were twinkling faintly. A ferry was passing out at sea and a fishing boat steaming into the harbour below, the gulls bickering in its wake. The stress of my journey began to ebb away and was replaced with a feeling of utter contentment. 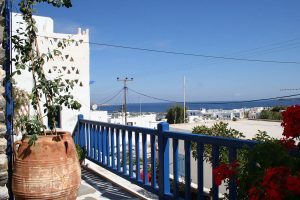 Fisherman’s Lodge is a three minute walk to the port of Naoussa where there are shops, restaurants, bars and even a boat service to some of the most beautiful beaches on the island. The restaurants are at the harbour’s edge and serve fresh fish caught by the boats berthed nearby. If you wish to hire a car, Andreas will organise it and his office is in the main square. For ladies who like to deplete their finances, there is a wide range of galleries, jewellers and boutiques to be discovered in the quaint old Cycladic streets. 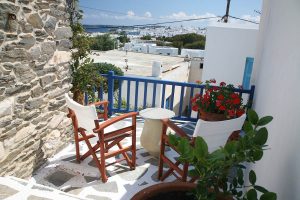 From a distance, Naoussa seemed like a handful of sugar cubes tipped on the edge of a large bay with the last few sprinkled up the hillside. A wander through the labyrinth of tiny crooked streets took me to another world where amongst the many different shops were galleries and studios containing the works of many artists inspired by the light and colours of this magical island. In this small village with its ancient history entwined with the present, every glance was rewarded with the legacies of classic Hellenism, Byzantium, the Venetian occupation and the unique and timeless expression of Cycladic life. 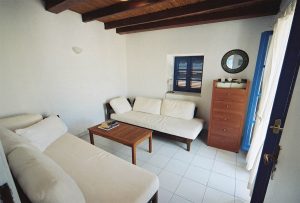 With an efficient heating system and double glazing, Fisherman’s lodge is a comfortable home even during the cooler times of the year. For people who rather than roasting in the sun, prefer walking in the mountains on the Byzantine paved roads, photographing wild orchids and cyclamen in the olive groves or seeking peace to write or paint, a warm and cosy cottage is perfect to nest in when the winds blow cold at night. Even in winter, there are still restaurants open where you can enjoy eating local produce cooked in the local tradition with friendly local people. 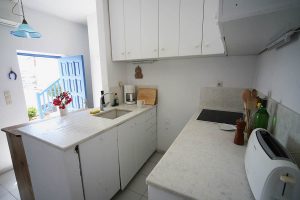 It is autumn and the island is quieter now. I’m sitting in a taverna, looking past the boats at a Venetian fort, standing proud and defiant at the end of the harbour wall. The sun has just set and the sky a warm gold, reflected in the darkening sea. Tonight’s wine is also golden, older and with more body than that which I drank during summer. The waiter arrives with a freshly grilled snapper, chosen by myself from the afternoon’s catch. Savouring the first mouthful of fish and sipping my wine, I remember the wild orchids I found growing by a Roman mile-stone during my wanderings in the hills. An old tortoise lumbered past my feet, looking for a place to rest as the afternoon cooled. Following his example, I walked back to Naoussa for a meal and bed but don’t want to leave here now even though my meal is finished. Will I really catch that flight home tomorrow?
Well…………..that’s another story.

Nestled into the hillside overlooking a pretty fishing village, this charming old cottage is the ideal place to spend a comfortable and relaxing break. Recently restored, the house remains traditional but is equipped with all modern conveniences and is air-conditioned.

Fisherman’s Lodge is only two minutes walk from the port of Naoussa yet boasts stunning views of the harbour, the mountains encircling the bay and the sea across to Mykonos.